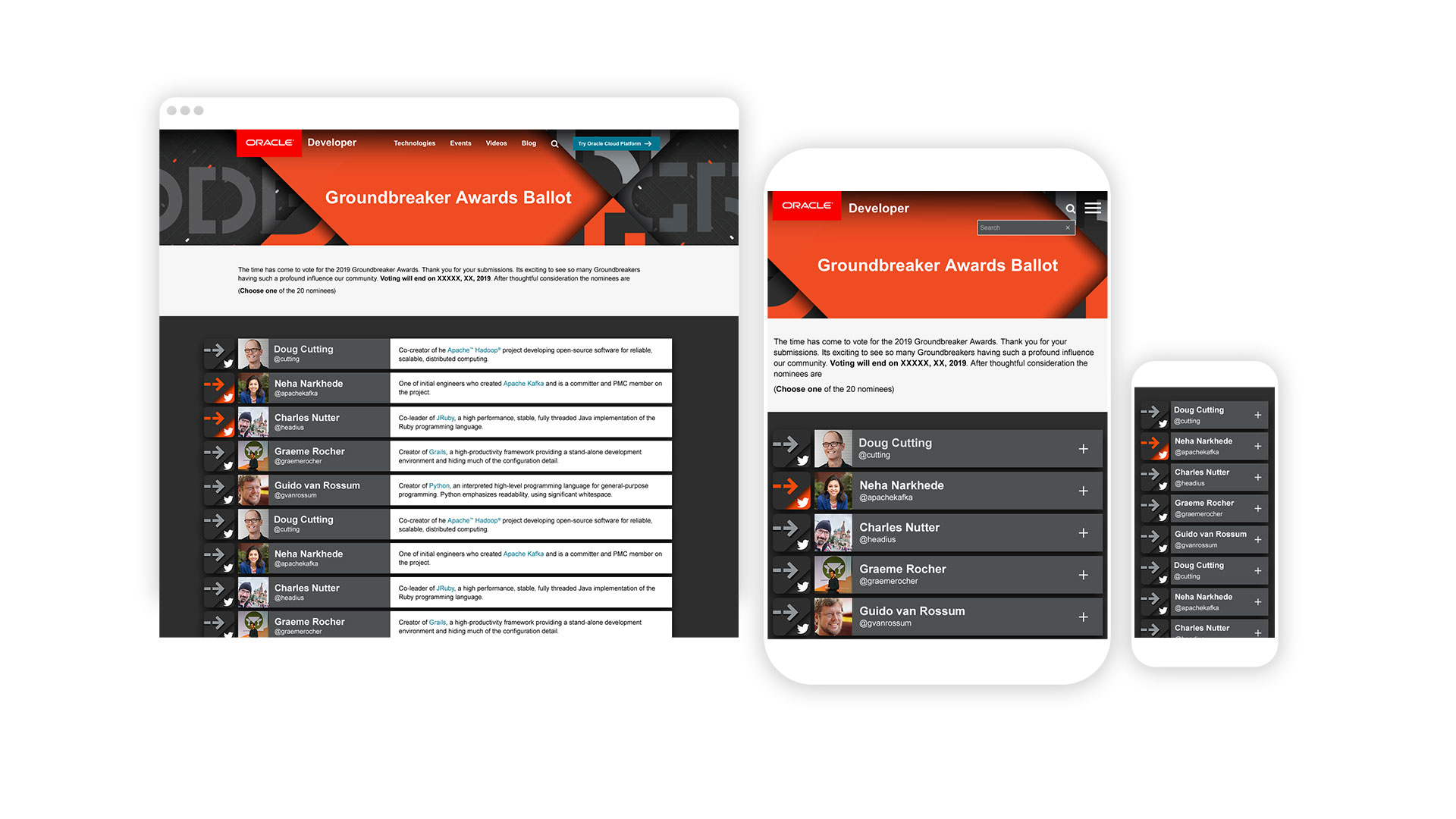 This project was a bit of a challenge because the team wanted a voting system designed for twitter with no mechanism for automation. Anybody has the ability to nominate a programmer for a Groundbreaker Award by using a submission form. Then, our team manually vets the nominees and posts a curated ballot. Users are asked to tweet their vote which would then also be manually counted.

I would need to design a ballot experience for an unfamiliar experience that doesn’t confuse the users and result in un-submitted votes or an insignificant number of nominations.

Because nomination submissions would need to be manually checked, we needed to prevent users from spamming the nomination submissions.  After the user clicked the vote button there was no mechanism available that would check that a vote had been tweeted and therefore we could not confidently show a success message so I needed to figure out how the user would know the tweet was their vote, not just an interaction to share the ballot.

How the content flowed would be important, as well as clear instructional copy and obvious visual markers to guide users through the process. I included a captcha to make it harder to spam the nomination submissions. In addition to a descriptive paragraph at the top of the page, I created a vote button that provided a visual nod to twitter as a function of the process and added a footer with the clear instructional CTA saying “Tweet to Vote.” 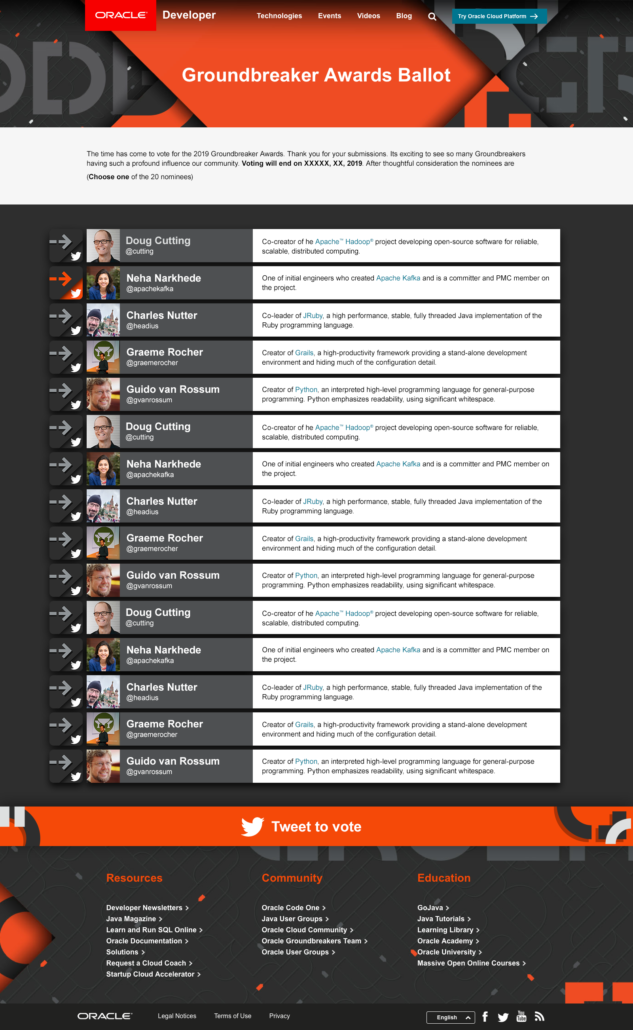 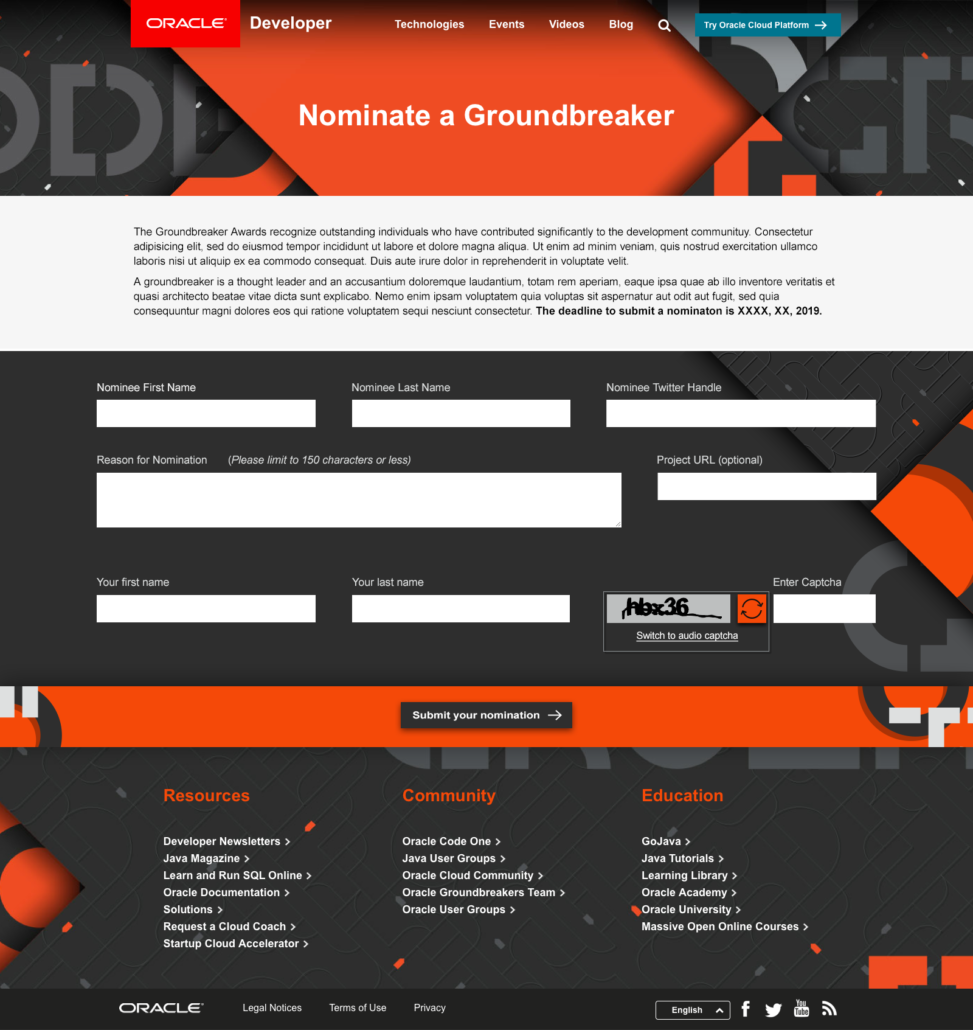